Latest figures from 2011 Census show there are 100 different spoken languages across the UK and of 56.1 million residents of England, 40% of people say English is not their mother tongue.

London has the greatest number of migrants among all regions, there are 2.8 million foreign-born people in 2012, 40% of Inner London’s population. 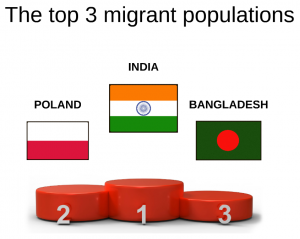 The number of people born outside the UK varies greatly by London boroughs. This map reveals the First Largest Immigrant Population by country of birth (2012) in London. 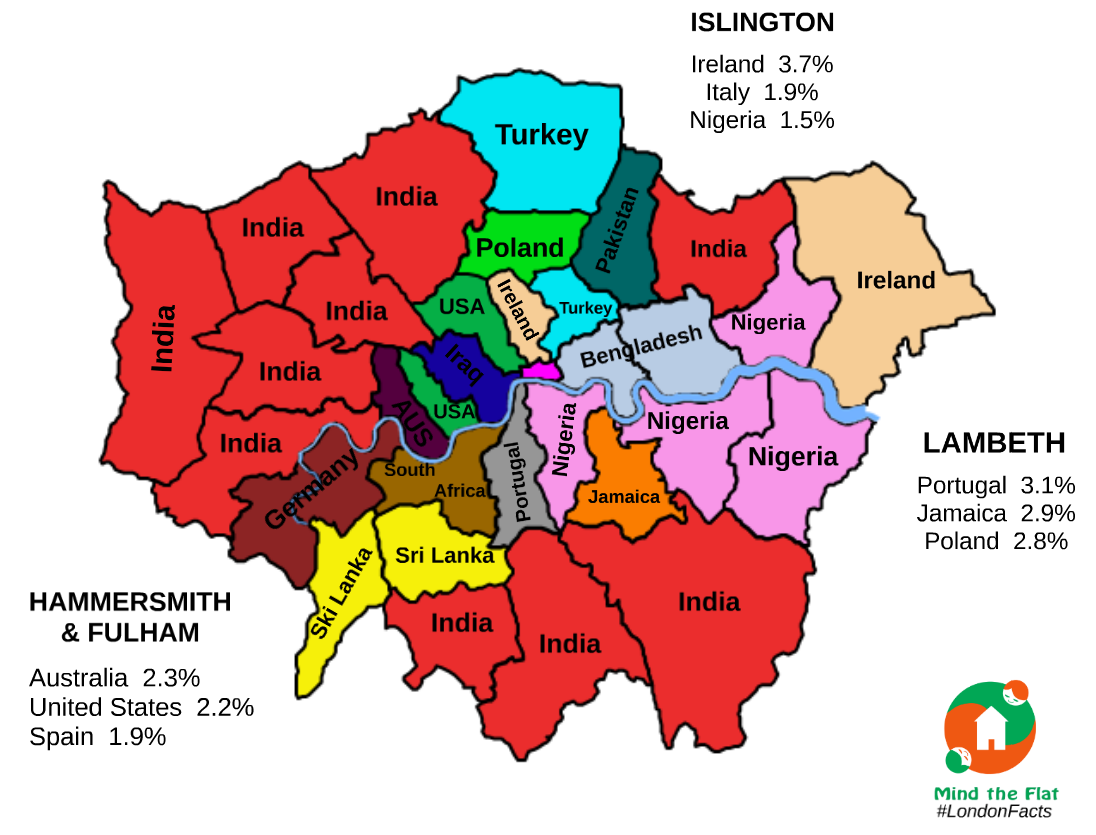 Population growth in London’s boroughs since the 19th century